This is Attention Mastery 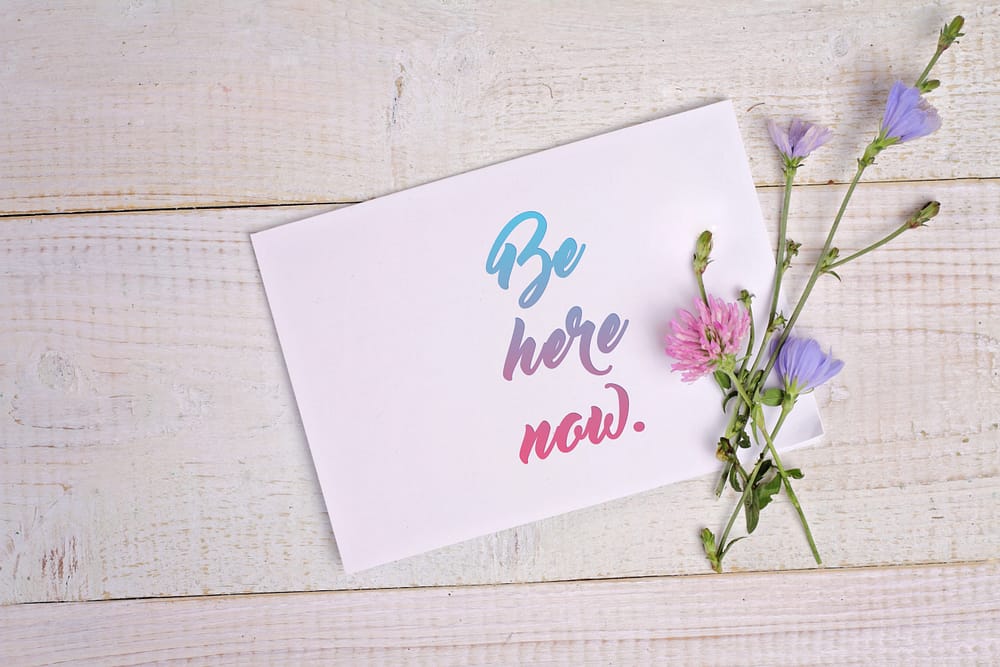 This is ATTENTION MASTERY: The Practice of Mastering Attention CHANGES You!

The day-to-day experience of the mind for most people has been compared to a slumbering wagoneer being pulled fitfully by a team of untrained, out-of-control stallions reined together. These unmanaged beasts fight against one another, pulling the wagon through deep mud during a raging, lightning-filled rainstorm, yanking the wagon all over the place as each steed wants to go in its own direction.

At some point, the combination of disturbances forces the rider to come wide awake and survey the scene.  Knowing what to do without needing to think, the wagoneer grabs hold of the reigns and pulls tight, forcing the beasts to slow and stop – simultaneously, bringing the thunderstorm to a halt, and finding his way back onto the straight path with a clear day ahead.

“Attention is the essential phenomenon of will.” –William James

Essentially, Attention is you, as evidenced by the tendency to feel more like yourself when you are in the midst of actively operating and controlling it.  When not in active control of it, when passively allowing yourself to be pulled where impulse dictates, you tend to feel scattered or distracted, not to mention anxious, irritated, afraid, or weary.  Unifying your Awareness – the act of realizing the nature of the current moment, the environment you’re in, and what you are actually doing at the time – feels like you are pulling yourself back together.

When immersed in the present, your mindset is one of comfortably aimed toward, tuned into, and set in the ‘here and now’ rather than being pummeled and pushed around by wild mental content (sound, visuals, tension, the works) that masquerades as your own inner voice.

This fact is proven to yourself through practice because only by learning to snap out of daydreaming and ‘self-conversations’ can you clearly understand the difference between your ‘Involuntary Selves’ and ‘Voluntary Self.

The former is the one we’re all familiar with, a mechanical, repetitive mess of self-contradicting, conflicting, untamed, and unasked for thought-based babble filled with warring desires, insecurities.

Your involuntary selves (not a singular, reliable self) are shifting internal mental states that dominate while you are engaged in Involuntary Attention.  They bring with them windstorms of bothersome inner dialogue and negative, thought-based content.  These unreliable attention states are patchy, inconsistent, tension-causing, error-prone, and constantly engaged in self-arguing.

It has a part of its nature the desperation to please or control others, worrisome fear, anger, self-loathing, self-deception, self-sabotage, outward deception, jealousy, envy, sadness, selfishness, weakness, and it bothers everyone on earth. Everyone, that is, who does not practice being present to its difficult, inefficient nature.

This entirely normal Attention state is the worst choice to accompany you into the classroom, workplace, business, or relationship, but it’s also the most punishing, lousy mental state for you to keep company with on a personal level.  Thanks to modern education systems that neglect attention-based cognitive training, billions of people are blinded to its stressful existence in their lives and so take it out into the world with them wherever they go.

That Familiar Inner Voice is Not You and Not Your Friend – It is An OBSTACLE COURSE!

The place to be – the place to consciously, intentionally, relentlessly, and patiently aim your attention – is AWAY from the allure of every current thought and toward the truth of where you are, what you are doing, and what thoughts and emotions had you hypnotized up until the moment you yanked your Attention away from them.

In other words, home is the place to be – at home with yourself, in the room with yourself, not caught up in the illusory theater of thought-based mental drama with its all-too-familiar imitation of your voice.  That is not your ‘inner voice’ but mechanical noise arising from your subconscious memory storage.

Your true inner voice is SILENT, a fact you begin to learn as you adopt the discipline of Attention Mastery.

At some point after continually having to snatch your attention out of its grip, you gain the realization that your imagination is not supposed to be your home address; and shockingly, turns out to be the very root of both your constant disturbances and their disturbing results.*

*A Harvard University Study shows what attention experts have known for centuries, that A Wandering Mind Is Not A Happy Mind.

The Voluntary You – Singular, Silent, Totally Focused, and Fearless

The latter, on the other hand, is a far, far better, clearer mental state, the complete opposite of the former; however, because it requires work on the part of the individual, is much rarer among all the world’s populations.

Not rare for you, though, if you engage in the honest effort and daily ritual practice of turning attention away from the Involuntary habit and immerse yourself into a Voluntary Attention state.

Your Voluntary self is a SINGULAR, psychologically bright, warm, uplifting, unified level of cognitive perception that you must consistently access intentionally.  With consistent effort, you can then learn how to explore Attention itself, growing familiar with, and using it increasingly to go about your day, doing so as often as you can remember until access and use of the Voluntary Attention State becomes your normal, daily habit.

The mental exertion used in switching from Involuntary to Voluntary Attention is a blade that cuts the connection to the hypnotic content that captures us during involuntary attending, disconnecting you from drama and severing any residual tension as you rally your mind to do the specifically-targeted cognitive work of switching from foggy thinking to clear thinking.

As you become familiar with the ‘you’ that reveals itself during voluntary use of Attention, you discover life-changing consistency of self, internal quiet, the power to relax your physical body at will, an unbothered mind that easily solves real problems while exposing and dismissing self-created drama.  The Voluntary Attention state is associated with, personal satisfaction and contentment, delightful fascination in simple things, higher levels of physical energy, easy and natural pleasure at life, an end to boredom.

Such a person makes for a better mechanic, writer, minister, athlete, marketer, judge, politician, or friend – is better at navigating social situations and has a scientifically-proven mental performance “leg up” in regard to any professional or business pursuit.

They get to enjoy the rare privilege of keeping delightful, fascinating, fulfilling company with their own untangled self.

Home is Where Your Smart Is

Come HOME, back into the room with yourself, ALWAYS, as often as you can remember in your day’s constant distraction, wandering off into thought, and forgetting.

Claw your perception up and out of that thought and let it go – you’ve had YEARS of daydreaming and internal conversations, so what harm in giving it a rest?

Here’s a wonderful, powerful technique to help you during your fight to take control of your Attention away from default, automated processes:

This routine, a ‘Martial Arts Kata’ for your mind, HAS NO EQUAL. There is NOTHING you will read in any peak performance work – nothing that you will learn in Meditation, Sports Psychology, or Behavioral Psychology that surpasses its simplicity, ease, and empowering effects not only of immediate situations in which you must get fast control of your mental state but provides long-term, cross-transferring cognitive benefits that can positively impact many areas of personal performance, boldly stated, improve your life experience.

This psychological move is the peak and pinnacle – the FOUNDATION of both ancient and modern peak mental performance (and I won’t even mention the various religions that rely upon it).  Master this move to the point where you don’t even think about it – until it’s an automatic habit, and you will have conquered a mountain unclimbed by tens of billions throughout history.

DETECTING ATTENTION – Allowing yourself to realize with increasingly clear perception (whether sudden or gradual) the nature of the content currently occupying your thoughts and feelings, content which you were not consciously monitoring (you were unaware of it) just prior to the impulse (inspiration) or volition (decision) to look closer at your situation.

Detecting can consist of silently observing your thoughts, feelings, and the feel of your body while you lightly guide and hold some Attention to monitor the feel of your slow, rhythmic, relaxing deep breathing.  Success can be measured by your ability to silently answer the following questions to yourself, with no need for boisterous inner dialog because we all have the ability to know these answers without babbling to ourselves about it…

DETACHING ATTENTION – Completely release your grip from participating or giving energy to any mental content occupying your mind, thoughts, feelings, this while you shake off the physical sensations or tension that accompanies Involuntary Attention states.

Intentionally disconnect from whatever your current state may be at the moment, a natural action enabled by your ability to sense growing discomfort, vague confusion, fleeting or erratic thoughts that won’t shut up or leave you alone, tension, anxiety, or other negative triggers.

Do not give up!  The ‘special effects’ (visuals, sounds) and tension of the Involuntary Attention state will typically fight to keep a grip on your perception, but as long as you insist on turning away from it toward, say, the feel of your breathing or a candle flame as you meditate, the previous state must relent.

DIRECTING ATTENTION – With adamant resolve, guide – or FORCE – your attention where you actually want it to do its magic, and HOLD IT THERE with stubborn refusal to surrender the effort.

FAILURE POINT: Consider yourself at point of failure when you drop the target (lose the Attention signal), due to letting any distraction interfere with control to the degree that you momentarily forget what you’re supposed to be doing, whether or not you let your mind go running off into the allure of distraction. If you forget, that’s a 100% target ‘drop-lock’.

If you are still struggling, you’re doing just fine.  If you get it cleared up, wonderful, but do not give up.

Your chosen Attention-rescuing target could be any of the following:

REPEATING THE KATA – Approach its use as part of an all-day, every day relaxed mental discipline that you work to apply as often as you can remember in as all of life’s situations, gradually, of course.

The key to your success is your willingness to repeatedly employ this kata every single time it dawns on you that you’ve allowed yourself to drift off into distracted thinking, negativity, self-talk, daydreaming, or fantasizing, be it a an unpleasant experience, or a temporarily pleasant one that inevitably drifts into unpleasantness.

APPLYING THE KATA – Diligently seek to deploy this self-control technique to as many activities in as many areas of your day as you can creatively imagine.  Use it to stay alert to yourself, your actions, to any thoughts, and to the rise and fall of emotional tides as you get out of bed, brush your teeth, get dressed, fight to stay out of daydreams while commuting, get work done, eat lunch, sit in on meetings, on and on.  The list of opportunities to pull yourself out of the grip of autonomic, robot mental and physical behavior (in favor of a better state) is as long as you are busy.

Find the present moment, discover the state, and practice doing so until you establish a new habit that cleans up the messes you now make in habitually walking around completely asleep at the wheel during your day.

This is ATTENTION MASTERY.